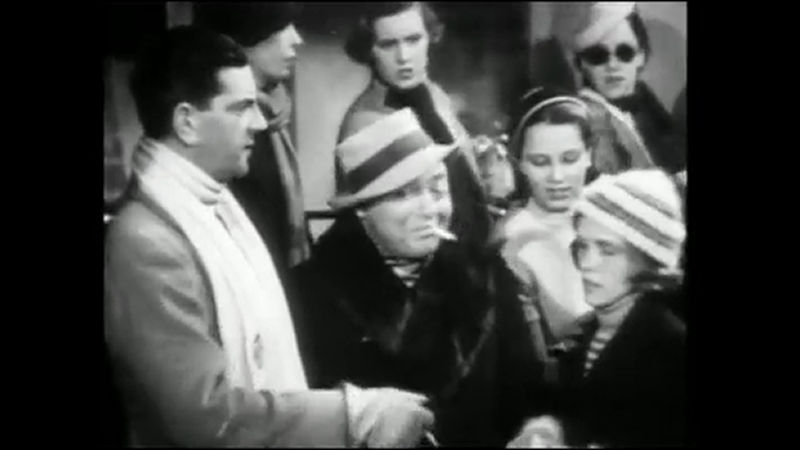 The Man Who Knew Too Much (1934) is a British suspense film directed by Alfred Hitchcock, featuring Peter Lorre, and released by Gaumont British. It was one of the most successful and critically acclaimed films of Hitchcock's British period.

Bob and Jill Lawrence (Leslie Banks and Edna Best) are a British couple on vacation in Switzerland, with their daughter Betty (Nova Pilbeam). Jill is participating in a clay pigeon shooting contest. They befriend a foreigner, Louis Bernard (Pierre Fresnay), who is staying in their hotel. One evening, as Jill dances with Louis, she witnesses him being killed. Before dying, Louis passes onto them some vital information to be delivered to the British consul.

To ensure their silence, the assassins, led by Abbott (Peter Lorre), kidnap the Lawrences' daughter. Unable to seek help from the police, the couple return to England and, after following a series of leads, discover that the group intends to assassinate the head of state of an unidentified European country during a concert at the Royal Albert Hall. Jill attends the concert and distracts the gunman with a scream.

The assassins are then tracked to a working-class area of Wapping in London, near the docks, where they have their hide-out in the temple of a sun-worshipping cult. Bob enters and is held prisoner, but manages to escape. The police surround the building and a gunfight ensues. The assassins hold out until their ammunition runs low and most of them have been killed. Betty, who has been held there, and one of the criminals are seen on the roof, and it is Jill's sharpshooting skills that dispatch the man, who is revealed as the man who beat Jill in the shooting contest in Switzerland.

Abbott seems to commit suicide rather than be captured, and Betty is returned to her parents.

It is prior to the commencement of World War II, and Japan's fiendish Black Dragon...

Night of the Living Dead - A disparate group of individuals takes refuge in an abandoned...

The Man Who Saved The World (Turkish Star Wars)

The Man Who Saved The World - Sometimes called Turkish Star Wars, and also known as The...